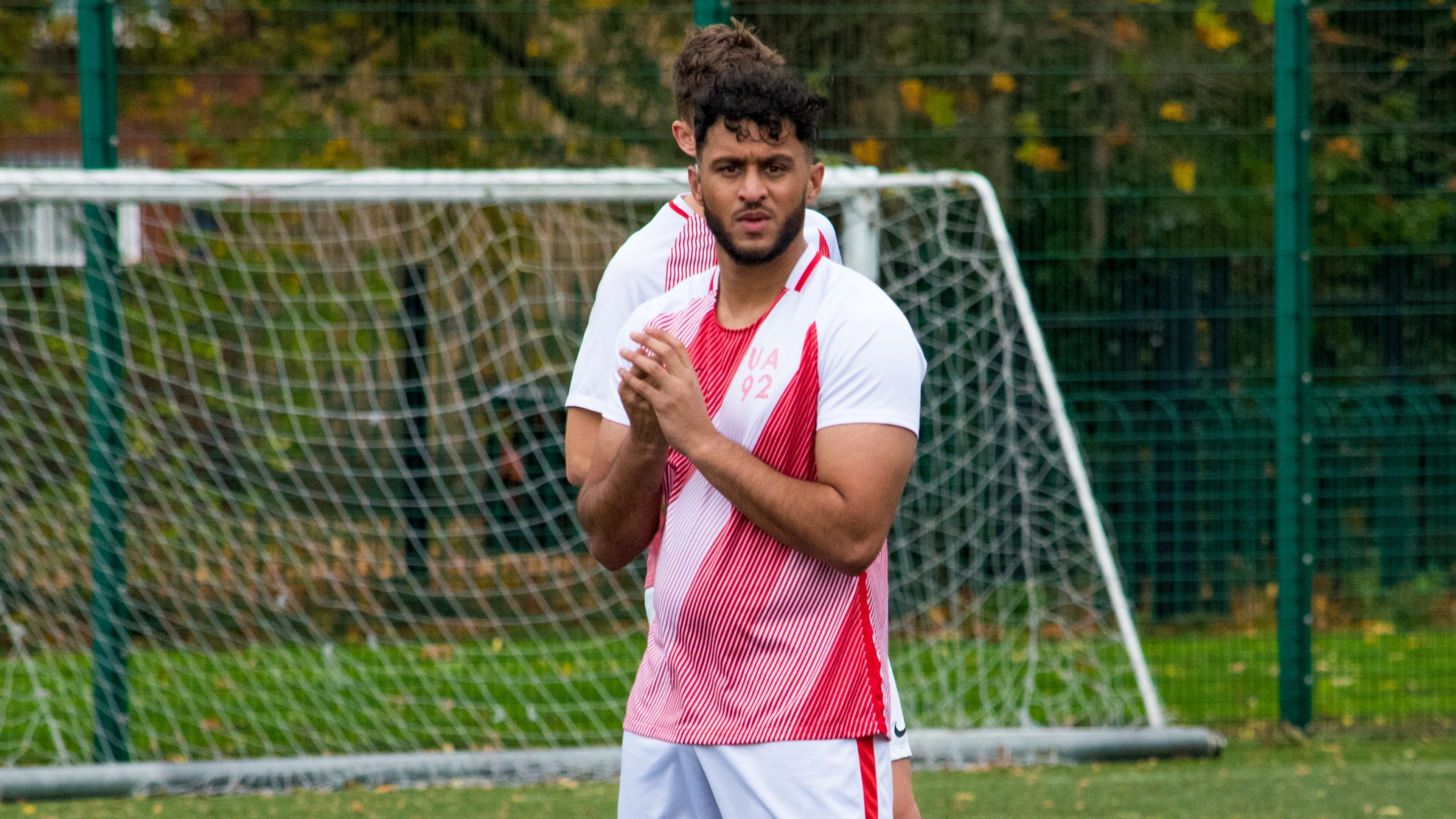 Reegan Russell’s side put in a dominant performance to start their league campaign in extravagant fashion.

Abu Salloo and captain Dre Taylor both scored hat-tricks, with Luke Heaton-Robertson, Badereddin Al Hayek and George Platt also getting on the scoresheet.

UA92 started the game on the front foot, breaking the deadlock in the opening minutes. Conor Clews Galtey’s low cross found the onrushing Taylor, with his first-time strike hitting the roof of the Bolton net.

Ajay Vasanthakumar almost doubled the lead straight away, but his powerful strike from the edge of the penalty area rattled the post.

The visitors had very little to shout about in the first half, with their best chance coming from a set piece. A free kick was crossed in from deep, with a looping header sailing over the host’s crossbar.

UA92 kept the pressure on, forcing Bolton’s defence into mistakes. Despite creating numerous chances, the second goal would come in spectacular fashion.

Heaton-Robertson’s long pass over the Bolton back line caught the goalkeeper off guard, failing to clear the ball under little pressure. He watched the ball trickle into the empty net, allowing Heaton-Robertson to score from the halfway line.

UA92’s third came moments later. Vasanthakumar attacked at pace before laying the ball off to Taylor. He went through on goal and calmly slotted home, serving a huge blow to the visitors’ confidence heading into half-time.

A flurry of goals after the break killed the game completely. Salloo got his name on the scoresheet in the 48th minute, poking home from close range after good work on the left-hand side from Vasanthakumar.

Salloo would get his second ten minutes later, with another Vasanthakumar assist. UA92’s number nine was played through one-on-one with the goalkeeper before finishing smoothly.

Captain Taylor would round off his hat-trick just after the hour mark. Salloo’s determination to win the ball in the opposition’s defensive third was rewarded when an unmarked Taylor fired home to make it 6-0 to UA92.

Five minutes later, Salloo himself got his hat-trick. A clever though ball from Jack Foxley was finished by Salloo, drilling his effort across goal into the far corner.

Bolton would pull a goal back with 15 minutes to go. A low cross from the left wing was poked home, finally giving the visitors something to cheer.

Platt would make the score 8-1 to UA92, rounding off a slick move. Al Hayek and Badmus Adekunle’s quick one-two unlocked the Bolton defence, with Al Hayek squaring the ball to goal scorer Platt.

UA92’s ninth came in the form of an own goal. Adekunle had a low shot well saved by the Bolton goalkeeper. The ball fell back to the UA92 winger, with his left footed effort taking a deflection and flying into the net.

Bolton scored another consolation goal five minutes from full-time. A quick throw in caught UA92 by surprise, before the ball was slotted past goalkeeper Ben Jones.

Al Hayak wrapped up the win just a minute later, winning and converting a penalty to make the score 10-2 to UA92.

Manager Reegan Russell was delighted with his side’s performance, praising both Taylor and Salloo.

“We started just how we planned to,” said Russell. “Good intensity both in and out possession, pressing high and moving the ball with purpose to get in behind our opponent.

“Abu [Salloo] playing through the middle of a front three and Dre [Taylor] driving forward from the 10 both bagged well deserved hat-tricks, and I thought the new additions all made positive contributions.

“Overall, a very impressive performance. The most important thing is always finding a way to get the three points but today I’m pleased we were able to make a statement to the rest of the league.

“We were relentless and that now sets the tone and the standard for the rest of the season.”