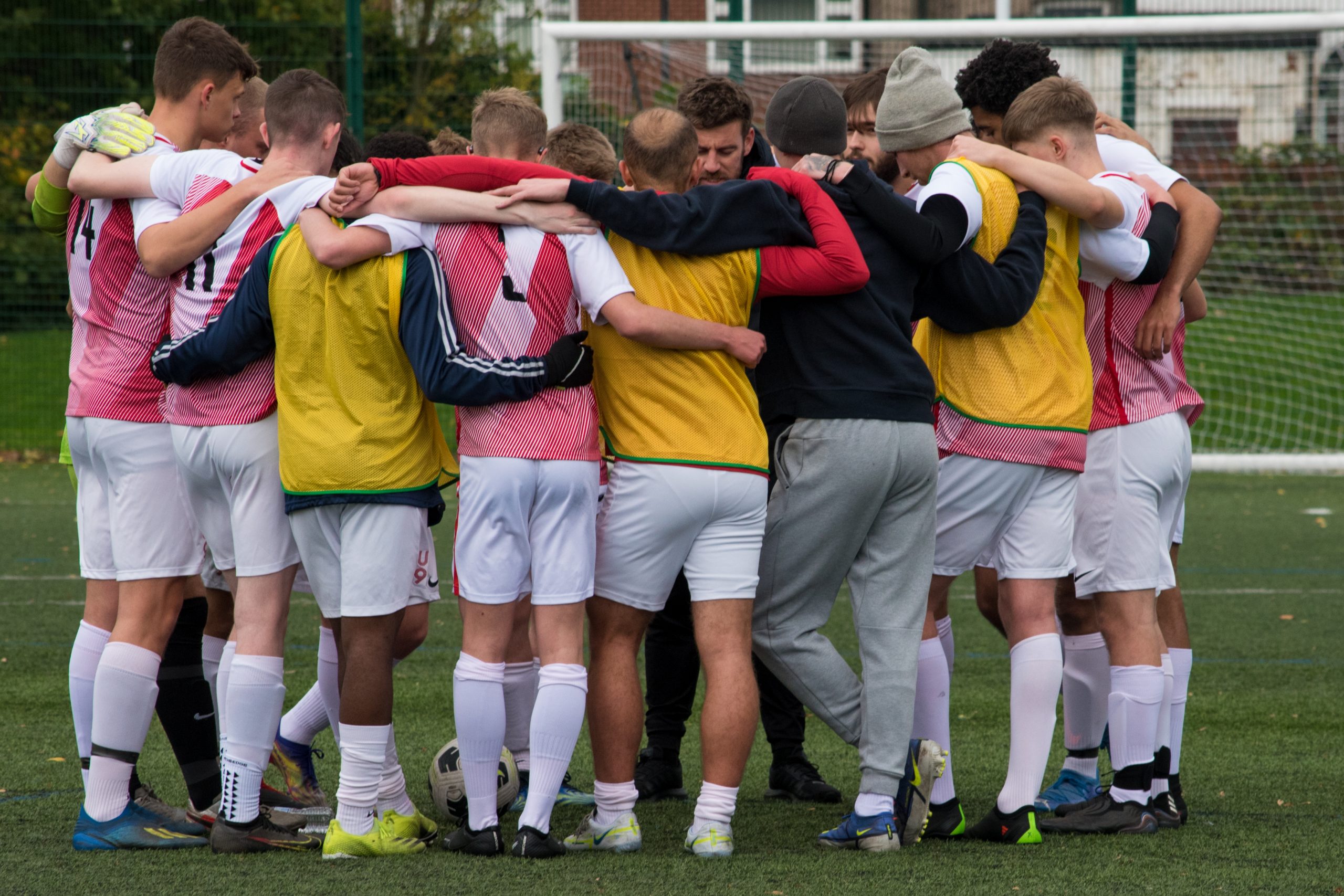 You would be forgiven for assuming 24-1 was a cricket score, but UA92 men’s first team side ran riot on Wednesday afternoon.

Dre Taylor and Bader Al-Akkad were the pick of the scorers, netting six and four goals respectively in a dominant display at Stretford High School.

Matthew Frewer, Jack Foxley, Alfie Piggott and Charles Yeboah also got on their names on the scoresheet, contributing to what was a sensational final score.

It took the hosts just three minutes to break the deadlock. Captain Taylor turned home a pass from Yeboah, rounding off a free-flowing UA92 move.

Al-Akkad’s first of the afternoon would come five minutes later, with his effort proving too powerful for the Wrexham goalkeeper.

Taylor’s second of the afternoon came on the 15-minute mark of what was already seeming like a long afternoon for the visitors.

Wrexham would pull a goal back before the half hour mark. UA92 goalkeeper Ben Jones pulled off a spectacular save, pushing an effort onto the crossbar before the visiting striker turned home a fortunate rebound.

Any hopes of a Wrexham comeback were quickly extinguished by the hosts, scoring six in the space of 15 minutes before half time, taking the score to 9-1.

Both Al-Akkad and Taylor wrapped up outstanding first half hattricks, while Vasanthakumar, Piggott and Yeboah also chipped in with goals.

A dominant first half was followed up with an utterly professional restart, taking the score to 16-1 before the hour mark.

Taylor and Al-Akkad added to their tallies for the afternoon, with substitutes Clews Galtey, Salloo and Badmus also netting. The latter scored the pick of the goals, picking the top corner with a free kick from the edge of the penalty area.

UA92 continued their onslaught late into the game as Glaulin scored twice in the closing stages.

Late goals from Salloo, Badmus, Clews Galtey and Vasanthakumar meant Reegan Russell’s side had seven  players that had scored two or more goals in the game.

Defensive duo Frewer and Foxley also added their name to the list of goal scorers, taking the tally to 11 different players.

Moments before the final whistle, Taylor added the 24th goal, rather fittingly bringing an end to a demolition that his opening goal had begun.

Centre half Luke Heaton-Robertson was full of praise for his side but hopes for more competitive games in future.

“Nobody really likes to play in a game like that,” said Heaton-Robertson. “Fair play to Wrexham but I thought our lads were clinical. It was a really good performance to take into next week.

“Games like that are a one off. We have got a really tough game next week against UCFB where we will all have to be on it, so making sure we maintain our standards during every game is really important if we want to have a successful season.

“Looking ahead, we have a local derby next week. We felt we should have beat them last time so we will be looking to take a scalp this time around.”